MOSCOW — At the height of the Cold War, it was common for American conservatives to label the officially atheist Soviet Union a “godless nation.”

More than two decades on, history has come full circle, as the Kremlin and its allies in the Russian Orthodox Church hurl the same allegation at the West.

“Many Euro-Atlantic countries have moved away from their roots, including Christian values,” Russian President Vladimir Putin said in a recent keynote speech. “Policies are being pursued that place on the same level a multi-child family and a same-sex partnership, a faith in God and a belief in Satan. This is the path to degradation.”
Διαβάστε περισσότερα »
Αναρτήθηκε από Ικάριος Ζήδρος στις 12:15 μ.μ. Σύνδεσμοι σε αυτήν την ανάρτηση 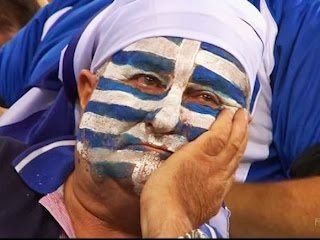