PERSECUTION OF CHRISTIANS TO HIT RECORD HIGH IN 2014, GROUP CLAIMS

OTTAWA - The next year could bring record levels of religious persecution around the world, say international experts - especially for Christians.

"I think in 2014, unless there's a drastic change in the current trend, we're going to continue to see things get worse," said Isaac Six, advocacy officer for International Christian Concern, a Washington D.C.-based, non-denominational watchdog group that monitors the human rights of Christians. 'Americans less willing to believe their President and Congress'

The conditions in the United States will probably continue to erode people’s confidence and the ability of the Congress and the President to govern, Eugene Puryear from the Answer Coalition told RT.

RT: At the center of President Obama's speech were economic reforms like lowering tax, raising wages and an overall improvement in conditions for the working-class. Does the US have enough funds to deliver on that?
Διαβάστε περισσότερα »
Αναρτήθηκε από Ικάριος Ζήδρος στις 6:16 μ.μ.

Edward Snowden has been nominated for the Nobel Peace Prize by two Norwegian lawmakers, who say the NSA whistleblower contributed to “transparency and global stability” by revealing the depth and sophistication of the global surveillance apparatus.

Noting that “peace is more than simply the absence of war,” the MPs said that Snowden had contributed to global security by revealing “the nature and technological prowess of modern surveillance.” 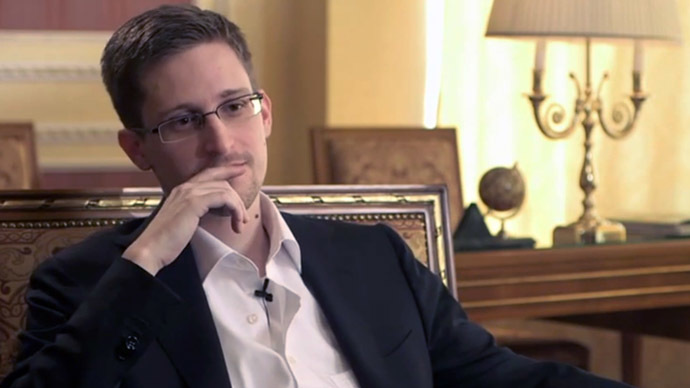 “The level of sophistication and depth of surveillance that citizens all over the world are subject to, has stunned us, and stirred debate all over the world. By doing this, he has contributed critical knowledge about how modern surveillance and intelligence directed towards states and citizens is carried out,” a statement by the Norwegian MPs said.The legislators said Snowden’s leaks may have damaged the security interests of several nations in the short-term, noting they do not necessarily support or condone all of the former NSA contractor’s disclosures.

“We are, however, convinced that the public debate and changes in policy that have followed in the wake of Snowden's whistle-blowing has contributed to a more peaceful, stable and peaceful world order.”
Διαβάστε περισσότερα »
Αναρτήθηκε από Ικάριος Ζήδρος στις 6:10 μ.μ.