Did Winston Churchill anticipate Greece’s role in the battle to keep Iran from going nuclear? As part of the negotiations that led to the Yalta Agreement, Churchill met with Stalin in the Kremlin on October 9, 1944. Churchill immediately opened the session with this:

Let us settle about our affairs in the Balkans. Your armies are in Rumania and Bulgaria. We have interests, missions, and agents there. Don't let us get at crosspurposes in small ways. So far as Britain and Russia are concerned, how would it do for you to have ninety per cent predominance in Rumania, for us to have ninety per cent of the say in Greece, and go ﬁfty-ﬁfty about Yugoslavia?

Almost all present press coverage on Greece concerns itself with the country’s economic crisis and whether it ever belonged in the euro, yet given all the emphasis placed on Iran’s nuclear ambitions in the national security debate, maybe one should ask: what if Stalin didn’t accept this deal? 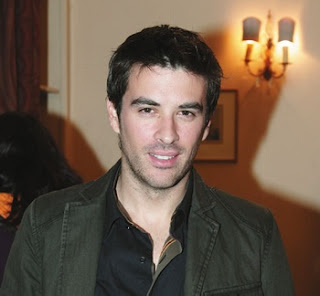 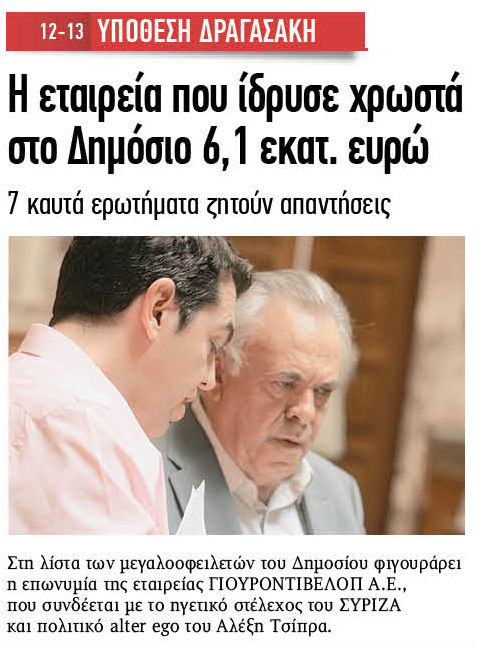 UK’s deficit ‘could be bigger than Greece's’

Britain could be heading for a bigger budget deficit next year than crisis-hit Greece and Spain, according to research by Morgan Stanley.

Economists at the investment bank calculated that Britain’s budget deficit could total £126bn, or 7.8pc, of gross domestic product in 2013-14.

That would make Britain’s the highest projected European deficit, with Morgan Stanley predicting that Greece’s would stand at 6.3pc and Spain’s at just under 6pc. The Office for Budget Responsibility currently predicts that Britain’s budget deficit could be £98bn next year, or 5.9pc of GDP.

Germany May Exit The Euro Before Greece Does 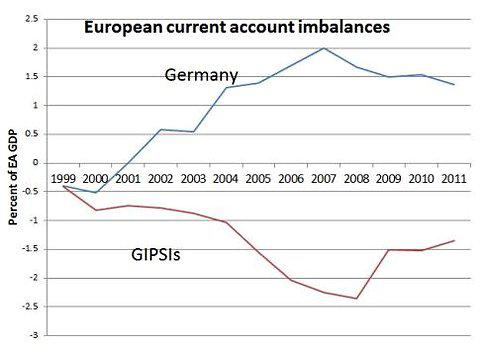 According to a recent poll, more than 65% of Germans think they would be better off without the euro. In the face of this, any talk about Greece staying or leaving the euro is, in my opinion, a red herring. The real issue now is whether Germany will exit the euro (FXE) before Greece does.

Germany, with substantial industrial know-how after the end of WWII, and although it lost the war, managed to grow an economy based on innovation and high quality. Some may not know, for example, that a digital computer was built in Germany by Konrad Zuse in 1938, it was called the Z1, and its improved versions, the Z2 and Z3, were used to design fighter planes1. Although most people associate the birth of the digital computer with work done in the USA and England, and associate Germany with innovation in heavy machinery, historical facts may be challenging such views.
Διαβάστε περισσότερα »
Αναρτήθηκε από Ικάριος Ζήδρος στις 9:05 μ.μ. Mitt Romney made some aeronautical engineering observations Saturday while speaking about Friday's emergency landing of a plane on which his wife was a passenger. He wondered why aircraft windows don't open, saying, "It’s a real problem."

According to the Gawker, the plane on which Ann Romney was flying had to make an emergency landing Friday en route to Santa Monica, after an electrical fire caused the cabin to fill with smoke. According to LA Times, the emergency resulted from an electrical malfunction.
Romney remarked to LA Times at a Beverly Hills fundraiser Saturday night:

"I appreciate the fact that she is on the ground, safe and sound. And I don’t think she knows just how worried some of us were. When you have a fire in an aircraft, there’s no place to go, exactly, there’s no — and you can’t find any oxygen from outside the aircraft to get in the aircraft, because the windows don’t open. I don’t know why they don’t do that. It’s a real problem. So it’s very dangerous. And she was choking and rubbing her eyes. Fortunately, there was enough oxygen for the pilot and copilot to make a safe landing in Denver. But she’s safe and sound.”
The Huffington Post explains that the "main reason airplane windows don't open is because there isn't enough oxygen at cruising altitude to keep passengers alive. (The fear of window or cabin failures, which would lead to potentially fatal hypoxia, is why many planes are equipped with emergency oxygen masks.)" 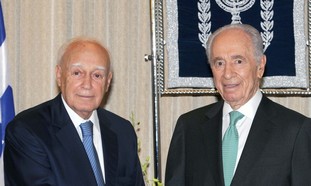 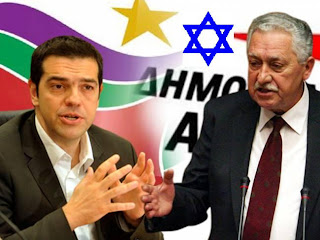 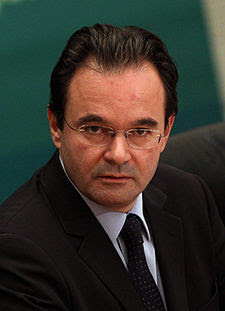 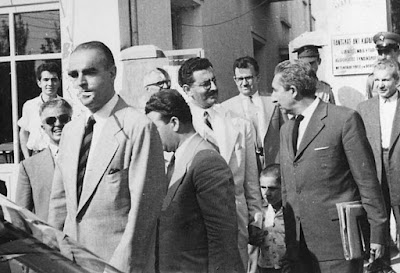 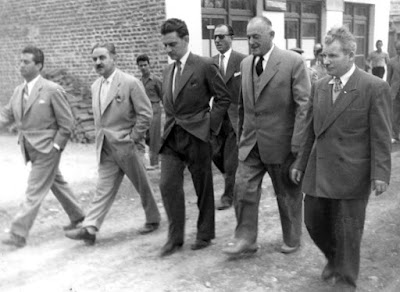 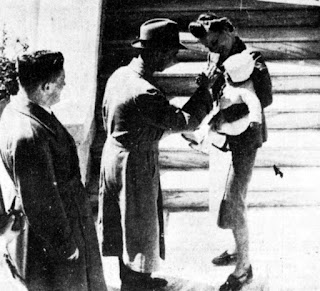 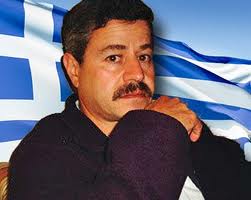 Ancient papyrus that 'proves Jesus was married' declared 'a forgery', 'unconvincing' and 'suspicious' by historical experts

Ancient document attracted worldwide attention because of a phrase that says Jesus refers to Mary Magdalene as his wife
Experts criticise its appearance and grammar, with one calling it 'dodgy'

Historical experts have poured cold water over claims that an ancient papyrus proves Jesus was married to Mary Magdalene, describing the fragment as 'suspicious' and 'a forgery'.

The antique attracted worldwide attention because of a bombshell phrase written in Egyptian Coptic that says Jesus refers to Magdalene as 'my wife' when speaking to his disciples.

The 8cm by 4cm fragment supports an undercurrent in Christian thought that undermines centuries of Church dogma by suggesting the Christian Messiah was not celibate. Explosive: The ancient papyrus that was said to prove that Jesus was married to Mary Magdalene!

In the text, Jesus appears to be defending her against some criticism, saying 'she will be my disciple'. Two lines later he then tells the disciples: 'I dwell with her.'

But historical experts at a Coptic conference in Rome today began to dismiss the papyrus.

Stephen Emmel, professor of Coptology at the University of Muenster, was on the international advisory panel that reviewed the 2006 discovery of the Gospel of Judas.

He said the text accurately quotes Jesus as saying 'my wife', but added: 'There's something about this fragment in its appearance and also in the grammar of the Coptic that strikes me as being not completely convincing somehow.'

University of Hamburg papyrologist Alin Suciu declared, simply: 'I would say it's a forgery. The script doesn't look authentic.'

Wolf-Peter Funk, a Coptic linguist, said the fragment cannot be judged as it has no context and dismissed it as 'suspicious'.

He explained: 'There are thousands of scraps of papyrus where you find crazy things. It can be anything.'

The incomplete manuscript, written in the ancient Egyptian Coptic language, has been studied by Karen King, Hollis professor of divinity at Harvard University, the oldest endowed academic seat in the US.

Today, King acknowledged there were unanswered questions about the fragment, and said she planned to carry out ink tests to determine its authenticity.

She said: 'We still have some work to do, testing the ink and so on and so forth, but what is exciting about this fragment is that it's the first case we have of Christians claiming that Jesus had a wife.' Ancient: The back side, or verso, of the papyrus is so badly damaged that only a few key words - 'my mother' and 'three' - were decipherable

King also made the point that the text does not offer any historical evidence of Jesus being married, merely that some Christians believed he was 200 years after he died.

She also revealed that the owner of the papyrus wants to sell it - prompting further speculation over its authenticity.

'There are all sorts of really dodgy things about this,' said David Gill, professor of archaeological heritage at University Campus Suffolk and author of the Looting Matters blog, which closely follows the illicit trade in antiquities.

'There are all sorts of dodgy things about this. This looks to me as if any sensible, responsible academic would keep their distance from it.'
David Gill, professor of archaeological heritage at University Campus Suffolk

'This looks to me as if any sensible, responsible academic would keep their distance from it.'

Ancient papyrus fragments have been frequently cut up by unscrupulous dealers seeking to make more money.

However, if genuine, the document casts doubt on a centuries old official representation of Magdalene as a repentant whore and overturns the Christian ideal of sexual abstinence.

It elaborates an ancient and persistent undercurrent in Christian thought that Jesus and Magdalene were in fact a couple, as picked up by Dan Brown in the plot of his best-selling thriller The Da Vinci Code.

Professor King downplays the fragment's validity as a biographical document, saying that it was probably composed in Greek a century or so after the Crucifixion, then subsequently transcribed into Coptic.

Its significance instead lies in the possibility that an early Christian sect drew spiritual succour from portraying their prophet as having a wife.

This representation of Jesus as a man with earthly passions and needs has not survived in the doctrines of the established churches, which emphasise celibacy and asceticism as a spiritual ideal.

Professor King's interpretation of the text are based on the assumption that the fragment is genuine, a question that is by no means definitively settled.

Because chemical tests of its ink have not yet been done, the papyrus could still be challenged on the basis of its authenticity, though independent experts have given their support based on other benchmarks.

To authenticate the papyrus, Professor King sent photos of it to AnneMarie Luijendijk, a professor at Princeton and an authority on Coptic papyri and sacred scriptures.

Professor Luijendijk forwarded the pictures to Roger Bagnall, a renowned papyrologist who directs the Institute for the Study of the Ancient World at New York University.

Known for his conservative assessments of the authenticity and date of ancient papyri, Professor Bagnall nevertheless confirmed that he believed the document was genuine.

The scribe's dialect and style of handwriting, and the colour and texture of the papyrus, helped them to date it to the second half of the fourth century AD and place its probable origin in upper Egypt.

The details of the fragment support another view of the life of Jesus that has begun to gain traction since the discovery of a cache of ancient manuscripts in Nag Hammadi, Upper Egypt, in 1945.

These manuscripts, including the gospel of Thomas, the gospel of Philip and the Secret Revelation of John, outline the so-called Gnostic version of Christianity which differs sharply from the official Church line. Christ Appearing to the Magdalen by Titian: A newly discovered ancient papyrus suggests the Messiah and Mary Magdalene were man and wife

Persecuted and often cut off from each other, ancient Christian communities had very different opinions on fundamental doctrines regarding Jesus' birth, life and death.

It was only with the establishment of Christianity as the state religion of the Roman Empire that the Emperor Constantine summoned 300 bishops to issue a definitive statement of Christian doctrine.

This so-called Nicene creed - named for Nicaea, the town where they met - affirmed a model of Christian belief that is to this day taken as orthodoxy.

The origins of this latest fragment are as yet unknown. Professor King received it from an anonymous collector who had found it among a job lot of ancient Greek and Coptic papyri.

Accompanying the fragment was an unsigned and undated handwritten note from a translator claiming it is the sole example of a text in which Jesus refers in direct speech to having a wife.

Professor King, who is able to read ancient Coptic, believes some of the phrases within the text echo passages in Luke, Matthew and the Gnostic gospels about the role of the family.

These parallels convinced her that this account of the life of Jesus was originally composed in the second century AD when such questions were a subject of intense theological debate.

Those who disagreed with the official line as established by the Council of Nicaea were in time branded by the Roman Church as heretics and their teachings suppressed. 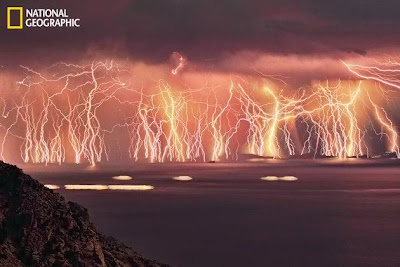