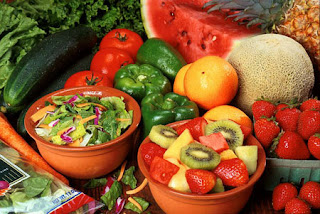 The Benefits of Going Vegetarian, Greek-Style, for 200 Days a Year

For years now we have been hearing how healthy the Mediterranean diet is. The recent study in New England Journal of Medicine confirmed what we already knew: This type of eating is good for the heart.

A component of the diet we don't hear much about is how the Greek diet, which served as a prototype for the Mediterranean diet, was in essence a vegetarian and even vegan diet for 200 days out of the year. Most people associate Greek food with souvlaki and lamb, when in fact Greeks were for the most part vegetarians.

Greeks basically followed their religious fast for those 200 days. While the word "fasting" is usually associated with liquid-only diets or other strict ways of eating, this type of fasting is a bit more lenient and tasty. The Greek fasting practice is unique in that you can actually eat real food. The basic rules are pretty simple: No animal products with the exception of animals that do not contain blood, such as octopus and squid.

Growing up in the states, my mom would have us follow the traditional Greek fasting diet, but there was such variety in the food that we really didn't notice any difference. Dishes that do not include animal products and adhere to the rules of the fast (called nisteia in Greek) are called nistisima, so for many dishes there was a nistisimo version, for example spinach pie without the feta cheese. This is one of the reasons why Greek cuisine has hundreds of vegetarian and vegan traditional recipes -- they needed variety for all those days of fasting.

Research suggests individuals who follow a Greek Orthodox fast have a lower intake of saturated fat, total fat and calories and a higher intake of fiber, a combination that protects from heart disease and cancer. In addition, the non-animal protein sources such as legumes and nuts are healthier than animal protein sources due to their fiber and antioxidant content but also effective for weight loss due to their low fat content. Deficiencies are rare with this pattern of eating. A study by British and Greek researchers showed that individuals who were following a Greek Orthodox fast actually had higher levels of iron intake compared to those who were not fasting.

Religion aside, this pattern of eating can be healthy (and cheap) for anyone who wants to move away from meat as a main course and go vegetarian.

Use these rules as a guide: