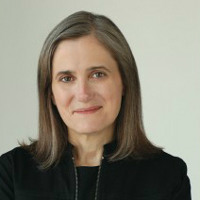 By Amy Goodman with Denis Moynihan

As President Barack Obama’s attack on Syria appears to have been delayed for the moment, it is remarkable that Secretary of State John Kerry was meeting, on Sept. 11, with one of his predecessors, Henry Kissinger, reportedly to discuss strategy on forthcoming negotiations on Syria with Russian officials. The Kerry-Kissinger meeting, and the public outcry against the proposed attack on Syria to which both men are publicly committed, should be viewed through the lens of another Sept. 11 ... 1973.


On that day, 40 years ago, the democratically elected president of Chile, Salvador Allende, was violently overthrown in a U.S.-backed coup. Gen. Augusto Pinochet took control and began a 17-year dictatorial reign of terror, during which more than 3,000 Chileans were murdered and disappeared—about the same number killed on that later, fateful 9/11, 2001. Allende, a socialist, was immensely popular with his people. But his policies were anathema to the elites of Chile and the United States, so President Richard Nixon and his secretary of state and national-security adviser, Henry Kissinger, supported efforts to overthrow him.

Kissinger’s role in plotting and supporting the 1973 coup in Chile becomes clearer as the years pass and the documents emerge, documents that Kissinger has personally fought hard to keep secret. Peter Kornbluh of the nonprofit National Security Archive has been uncovering the evidence for years, and has recently updated his book, “The Pinochet File: A Declassified Dossier on Atrocity and Accountability.” Kornbluh told me that Kissinger was “the singular most important figure in engineering a policy to overthrow Allende and then, even more, to embrace Pinochet and the human-rights violations that followed.” He said that Kissinger “pushed Nixon forward to as aggressive but covert a policy as possible to make Allende fail, to destabilize Allende’s ability to govern, to create what Kissinger called a coup climate.”

The Pinochet regime was violent, repressive and a close ally of the United States. Pinochet formed alliances with other military regimes in South America, and they created “Operation Condor,” a campaign of coordinated terror and assassinations throughout Argentina, Chile, Paraguay, Uruguay, Bolivia and Brazil. Operation Condor even reached onto the streets of Washington, D.C., when, on Sept. 21, 1976, a former Chilean ambassador to the U.S. during the Allende government, Orlando Letelier, along with his assistant, a U.S. citizen named Ronni Moffitt, were killed by a car bomb planted by Pinochet’s secret police on Embassy Row, just blocks from the White House.
Eventually, under increasing global condemnation and growing internal, nonviolent resistance, the Pinochet regime was forced to hold a plebiscite, a national vote, on whether Pinochet would continue as Chile’s dictator. With a resounding “No!” the public rejected him, ushering in the modern, democratic era in Chile.

At least two U.S. citizens were murdered during the 1973 coup. Charles Horman and Frank Teruggi were in Chile to observe the democratic experience there, working as writers and journalists. Their abduction and murder by Pinochet’s forces, with the likely collaboration by the U.S. government, is depicted movingly in the 1982 Oscar-winning film “Missing,” directed by Costa Gavras, starring Jack Lemmon and Sissy Spacek. On the week of the coup’s 40th anniversary, Charles Horman’s widow, Joyce Horman, held a commemoration. The event, hosted in New York City by the Charles Horman Truth Foundation, attracted hundreds, many who were personally involved with the Allende government or who were forced into exile from Chile during those terrible years.
Among those in attendance was Juan Garces, a Spanish citizen who was President Allende’s closest adviser. Garces was with Allende in the presidential palace on Sept. 11, 1973. Just before the palace was bombed by the air force, Allende led Garces to the door of the palace and told him to go out and tell the world what had happened that day.

Allende died during the coup. Garces narrowly escaped Chile with his life. He led the global legal pursuit of Pinochet, finally securing his arrest in Britain in 1998, where Pinochet was held for 504 days. While Pinochet was eventually allowed to return to Chile, he was later indicted there and, facing trial and prison, died under house arrest in 2006, at the age of 91.

Today, Garces sees alarming similarities between the repression in Chile and U.S. policies today: “You have extraordinary renditions. You have extrajudicial killings. You have secret centers of detentions. I am very concerned that those methods ... were applied in Chile with the knowledge and the backing of the Nixon-Kissinger administration in this period. The same methods are being applied now in many countries with the backing of the United States. That is very dangerous for everyone.”
Rather than meeting with Kissinger for advice, John Kerry would better serve the cause of peace by consulting with those like Garces who have spent their lives pursuing peace. The only reason Henry Kissinger should be pursued is to be held accountable, like Pinochet, in a court of law.